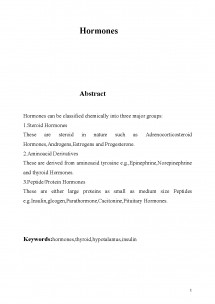 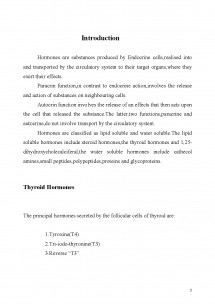 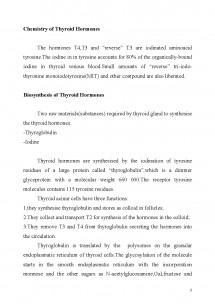 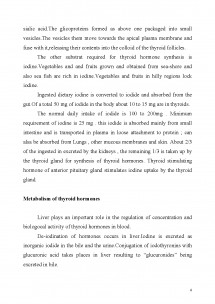 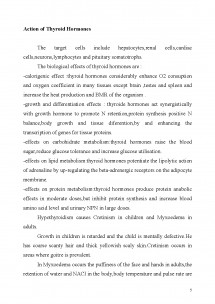 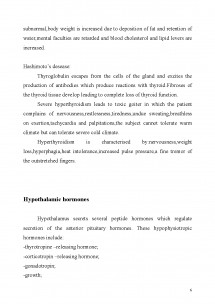 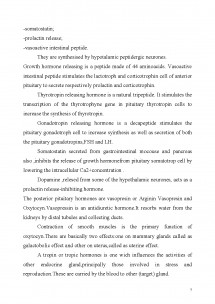 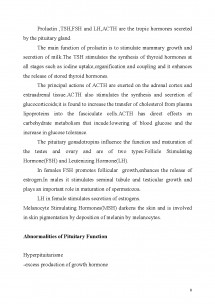 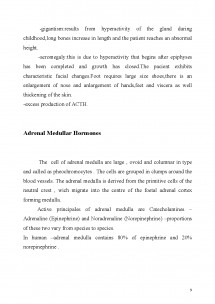 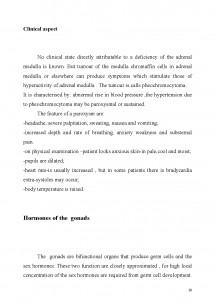 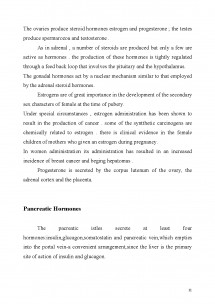 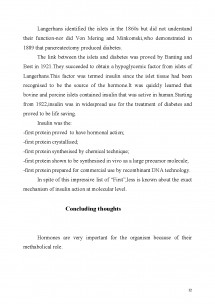 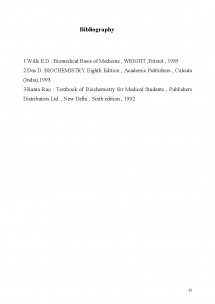 These are steroid in nature such as Adrenocorticosteroid Hormones, Androgens, Estrogens and Progesterone.

Introduction Hormones are substances produced by Endocrine cells, realised into and transported by the circulatory system to their target organs, where they exert their effects.

Paracrin function, in contrast to endocrine action, involves the release and action of substances on neighbouring cells.

Autocrin function involves the release of an effects that then acts upon the cell that released the substance. The latter, two functions, paracrine and autocrine, do not involve transport by the circulatory system.

Thyroid Hormones The principal hormones secreted by the follicular cells of thyroid are: 1. Tyroxine (T4) 2. Tri-iodo-thyronine (T3) 3. Reverse T3 Chemistry of Thyroid Hormones The hormones T4, T3 and reverse T3 are iodinated aminoacid tyrosine. The iodine in in tyrosine accounts for 80% of the organically-bound iodine in thyroid venous blood.

Small amounts of reverse tri-iodo-thyronine monoiodotyrosine (MIT) and other compound are also liberated.

Biosynthesis of Thyroid Hormones Two raw materials (substances) required by thyroid gland to synthesise the thyroid hormones: -Thyroglobulin -Iodine Thyroid hormones are synthesised by the iodination of tyrosine residues of a large protein called thyroglobulin, which is a dimmer glycoprotein with a molecular weight 660 000. The receptor tyrosine molecules contains 115 tyrosine residues.

Thyroglobulin is translated by the polysomes on the granular endoplasmatic reticulum of thyroid cells.

The glycosylation of the molecule starts in the smooth endoplasmatic reticulum with the incorporation monnose and the other sugars as N-acetylglucosamine, Gal, fructose and sialic acid. The glicoproteins formed as above one packaged into small vesicles. The vesicles them move towards the apical plasma membrane and fuse with it, releasing their contents into the colloid of the thyroid follicles.

The other substrat required for thyroid hormone synthesis is iodine.

Vegetables and and fruits grown and obtained from sea-shore and also sea fish are rich in iodine.

Ingested dietary iodine is converted to iodide and absorbed from the gut. Of a total ...