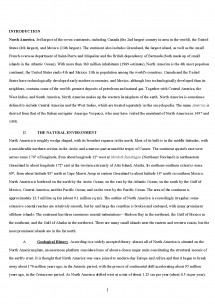 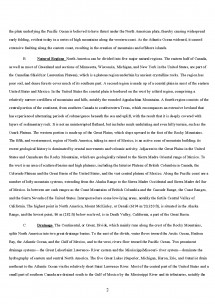 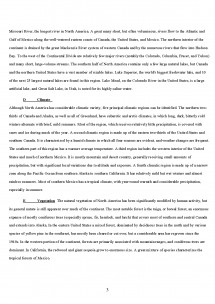 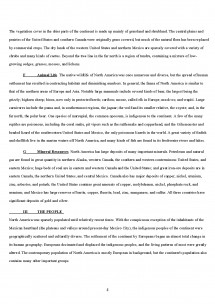 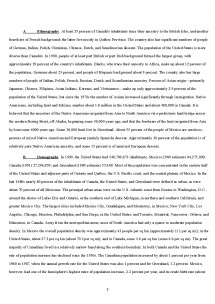 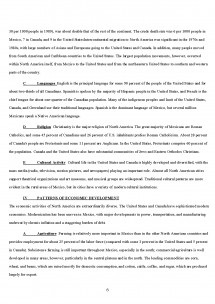 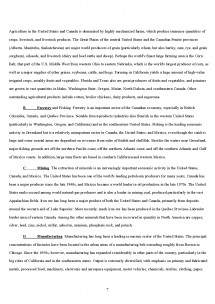 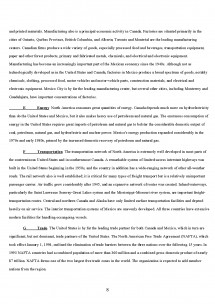 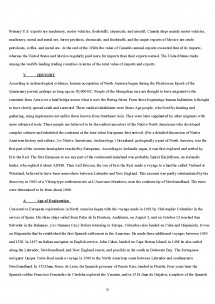 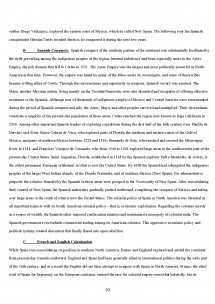 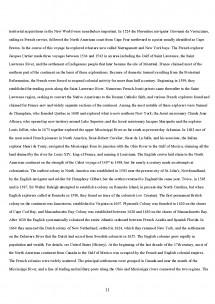 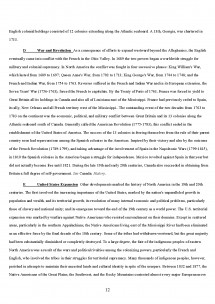 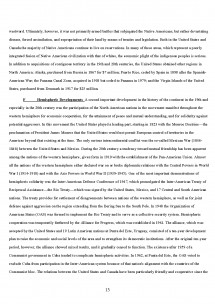 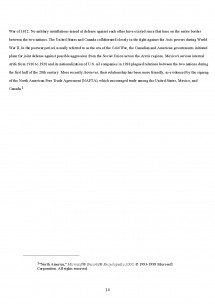 INTRODUCTION North America, 3rd largest of the seven continents, including Canada (the 2nd largest country in area in the world), the United States (4th largest), and Mexico (13th largest). The continent also includes Greenland, the largest island, as well as the small French overseas department of Saint-Pierre and Miquelon and the British dependency of Bermuda (both made up of small islands in the Atlantic Ocean). With more than 360 million inhabitants (1989 estimate), North America is the 4th most populous continent; the United States ranks 4th and Mexico 11th in population among the worlds countries. Canada and the United States have technologically developed early modern economies, and Mexico, although less technologically developed than its neighbors, contains some of the worlds greatest deposits of petroleum and natural gas.

Most of its bulk is in the middle latitudes, with a considerable northern section in the Arctic and a narrow part around the tropic of Cancer. The continent sprawls east-west across some 176 of longitude, from about longitude 12 west at Nordost Rundingen (Northeast Foreland) in northeastern Greenland to about longitude 172 east at the western extremity of Attu Island, Alaska. Its northern-southern extent is some 69, from about latitude 83 north at Cape Morris Jesup in eastern Greenland to about latitude 14 north in southern Mexico.

North America is bordered on the north by the Arctic Ocean; on the east by the Atlantic Ocean; on the south by the Gulf of Mexico, Central America, and the Pacific Ocean; and on the west by the Pacific Ocean. The area of the continent is approximately 23. 5 million sq km (about 9. 1 million sq mi). The outline of North America is exceedingly irregular; some extensive coastal reaches are relatively smooth, but by and large the coastline is broken and embayed, with many prominent offshore islands.

The continent has three enormous coastal indentations-Hudson Bay in the northeast, the Gulf of Mexico in the southeast, and the Gulf of Alaska in the northwest. There are many small islands near the eastern and western coasts, but the most prominent islands are in the far north.

A Geological History According to a widely accepted theory, almost all of North America is situated on the North American plate, an enormous platform considered one of about a dozen major units constituting the structural mosaic of the earths crust. It is thought that North America was once joined to ...

America
America is not a country like England or Germany that have long histories but a land that has...