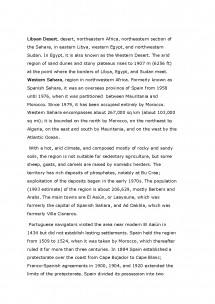 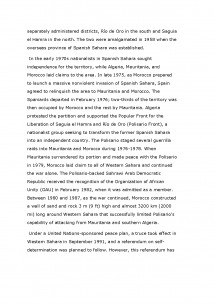 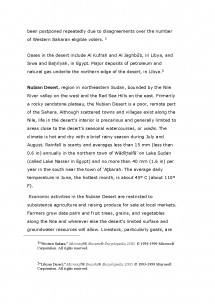 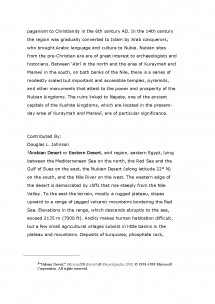 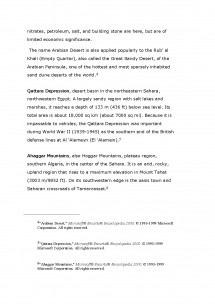 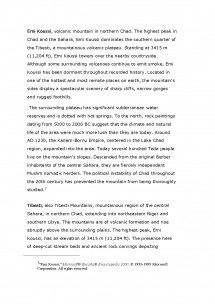 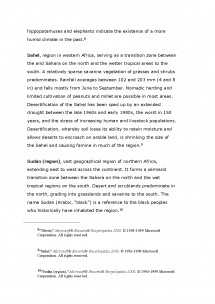 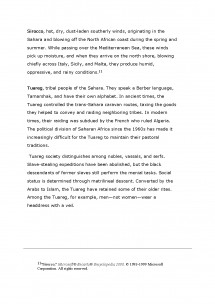 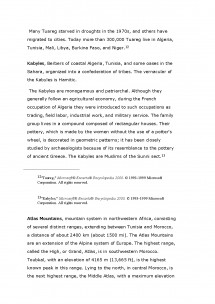 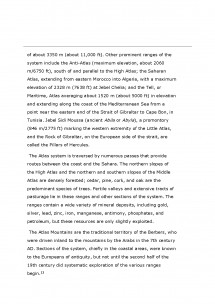 Libyan Desert, desert, northeastern Africa, northeastern section of the Sahara, in eastern Libya, western Egypt, and northwestern Sudan. In Egypt, it is also known as the Western Desert. The arid region of sand dunes and stony plateaus rises to 1907 m (6256 ft) at the point where the borders of Libya, Egypt, and Sudan meet. Western Sahara, region in northwestern Africa. Formerly known as Spanish Sahara, it was an overseas province of Spain from 1958 until 1976, when it was partitioned between Mauritania and Morocco. Since 1979, it has been occupied entirely by Morocco. Western Sahara encompasses about 267, 000 sq km (about 103, 000 sq mi); it is bounded on the north by Morocco, on the northeast by Algeria, on the east and south by Mauritania, and on the west by the Atlantic Ocean.

With a hot, arid climate, and composed mostly of rocky and sandy soils, the region is not suitable for sedentary agriculture, but some sheep, goats, and camels are raised by nomadic herders. The territory has rich deposits of phosphates, notably at Bu Craa; exploitation of the deposits began in the early 1970s. The population (1993 estimate) of the region is about 206, 629, mostly Berbers and Arabs. The main towns are El Aaiun, or Laayoune, which was formerly the capital of Spanish Sahara, and Ad Dakhla, which was formerly Villa Cisneros.

Portuguese navigators visited the area near modern El Aaiun in 1434 but did not establish lasting settlements. Spain held the region from 1509 to 1524, when it was taken by Morocco, which thereafter ruled it for more than three centuries. In 1884 Spain established a protectorate over the coast from Cape Bojador to Cape Blanc; Franco-Spanish agreements in 1900, 1904, and 1920 extended the limits of the protectorate. Spain divided its possession into two separately administered districts, Rio de Oro in the south and Saguia el Hamra in the north. The two were amalgamated in 1958 when the overseas province of Spanish Sahara was established.

In the early 1970s nationalists in Spanish Sahara sought independence for the territory, while Algeria, Mauritania, and Morocco laid claims to the area. In late 1975, as Morocco prepared to launch a massive nonviolent invasion of Spanish Sahara, Spain agreed to relinquish the area to Mauritania and Morocco. The Spaniards departed in February 1976; two-thirds of the territory was then occupied by Morocco and the rest by Mauritania. Algeria protested the partition and supported the Popular Front for the Liberation of Saguia el Hamra and Rio de Oro (Polisario Front), a nationalist group seeking to transform the former Spanish Sahara into an independent country. The Polisario staged several guerrilla raids into Mauritania and Morocco during 1976-1978. When Mauritania surrendered its portion and made peace with the Polisario in 1979, Morocco laid claim to all of Western Sahara and continued the war alone. The Polisario-backed Sahrawi Arab Democratic Republic received the recognition of the ...