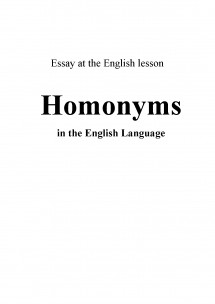 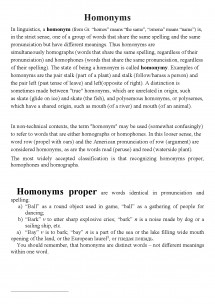 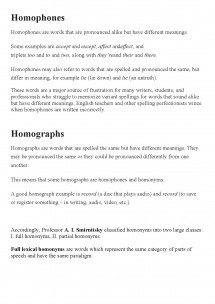 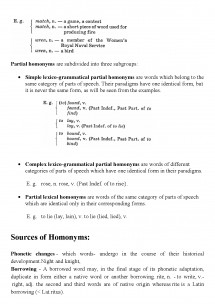 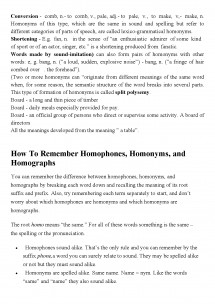 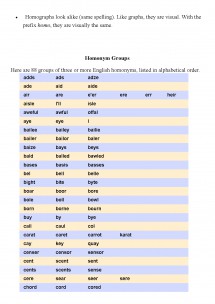 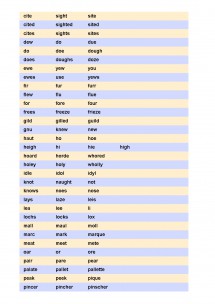 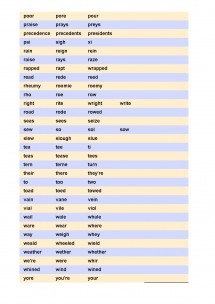 In linguistics, a homonym (from Gr. "homos" means "the same", "omona" means "name") is, in the strict sense, one of a group of words that share the same spelling and the same pronunciation but have different meanings. Thus homonyms are simultaneously homographs (words that share the same spelling, regardless of their pronunciation) and homophones (words that share the same pronunciation, regardless of their spelling). The state of being a homonym is called homonymy. Examples of homonyms are the pair stalk (part of a plant) and stalk (follow/harass a person) and the pair left (past tense of leave) and left(opposite of right). A distinction is sometimes made between "true" homonyms, which are unrelated in origin, such as skate (glide on ice) and skate (the fish), and polysemous homonyms, or polysemes, which have a shared origin, such as mouth (of a river) and mouth (of an animal).

In non-technical contexts, the term "homonym" may be used (somewhat confusingly) to refer to words that are either homographs or homophones. In this looser sense, the word row (propel with oars) and the American pronunciation of row (argument) are considered homonyms, as are the words read (peruse) and reed (waterside plant).

The most widely accepted classification is that recognizing homonyms proper, homophones and homographs.

Homonyms proper are words identical in pronunciation and spelling:

a)"Ball" as a round object used in game, "ball" as a gathering of people for dancing;

b)"Bark" v to utter sharp explosive cries; "bark" n is a noise made by dog or a sailing ship, etc.

You should remember, that homonyms are distinct words - not different meanings within one word.

Homophones are words that are pronounced alike but have different meanings.

Some examples are accept and except, affect andeffect, and triplets too and to and two, along with they'reand their and there.

Homophones may also refer to words that are spelled and pronounced the same, but differ in meaning, for example lie (lie down) and lie (an untruth).

These words are a major source of frustration for many writers, students, and professionals who struggle to memorize variant spellings for words that sound alike but have different meanings. English teachers and other spelling perfectionists wince when homophones are written incorrectly.

This means that some homographs are homophones and homonyms.

A good homograph example is record (a disc that plays audio) and record (to save or register something - in writing, audio, video, etc.).

Full lexical homonyms are words which represent the same category of parts of speech and have the same paradigm.

Using translations in school
Translation, as the process of conveying messages across linguistic and cultural barriers, is an...

Aspects of time and place deixis in language
This paper is the product of a careful documentation in the field of deixis and of my intention...

Etymology in onomastic studies
It is not known when humans began using names though the practice is certainly very old, probably...