Scotland - the land of kilts and pipes 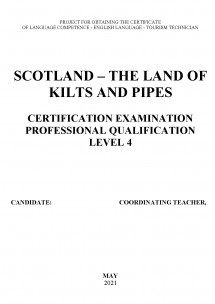 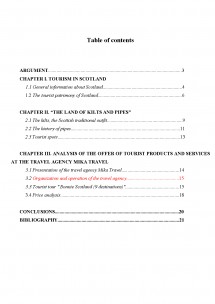 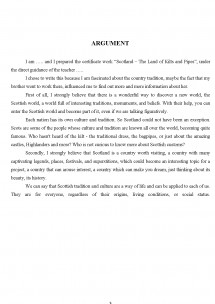 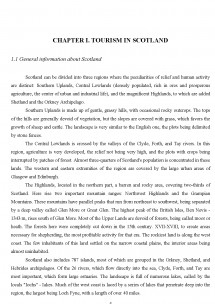 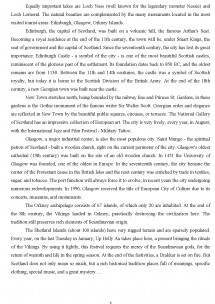 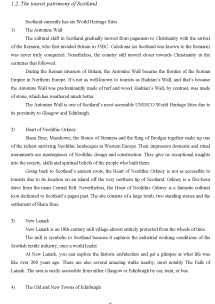 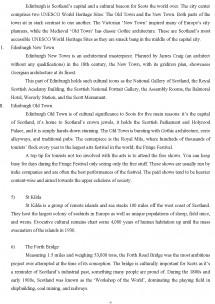 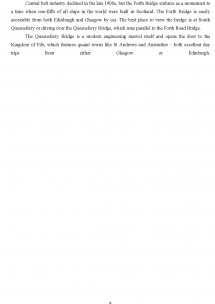 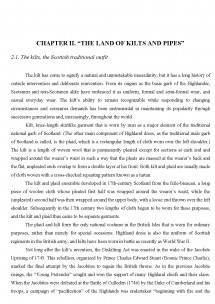 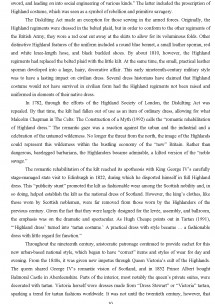 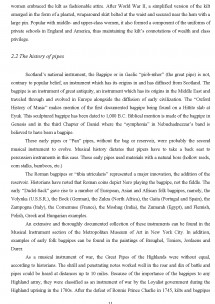 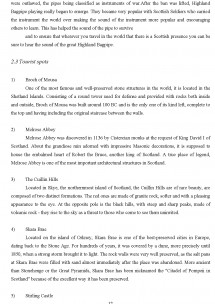 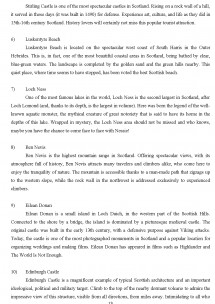 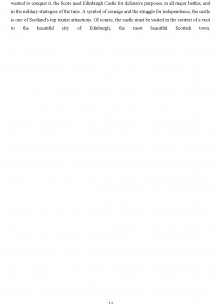 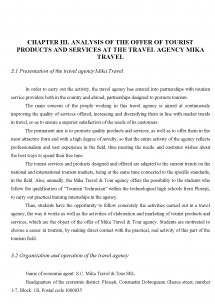 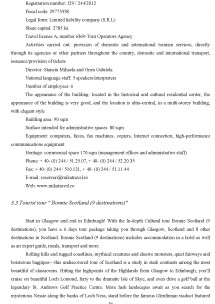 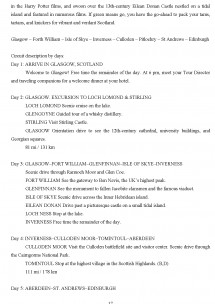 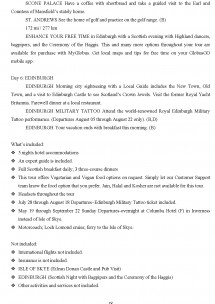 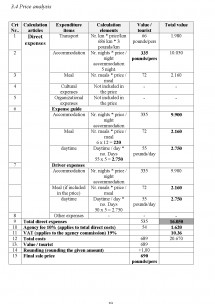 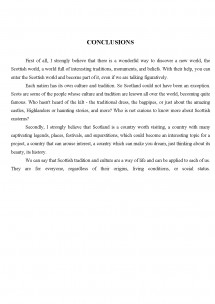 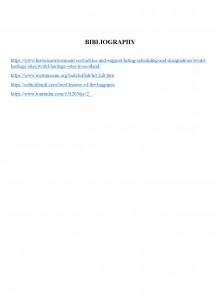 ARGUMENT ...3
CHAPTER I. TOURISM IN SCOTLAND
1.1 General information about Scotland ..4
1.2 The tourist patrimony of Scotland ..6
CHAPTER II. "THE LAND OF KILTS AND PIPES"
2.1 The kilts, the Scottish traditional outfit ...9
2.2 The history of pipes ...11
2.3 Tourist spots ..13
CHAPTER III. ANALYSIS OF THE OFFER OF TOURIST PRODUCTS AND SERVICES AT THE TRAVEL AGENCY MIKA TRAVEL
3.1 Presentation of the travel agency Mika Travel 14
3.2 Organization and operation of the travel agency 15
3.3 Tourist tour " Bonnie Scotland (9 destinations)" .15
3.4 Price analysis ...18
CONCLUSIONS ...20
BIBLIOGRAPHY .21

I am .. and I prepared the certificate work "Scotland - The Land of Kilts and Pipes", under the direct guidance of the teacher ..

I chose to write this because I am fascinated about the country tradition, maybe the fact that my brother went to work there, influenced me to find out more and more information about her.

First of all, I strongly believe that there is a wonderful way to discover a new world, the Scottish world, a world full of interesting traditions, monuments, and beliefs. With their help, you can enter the Scottish world and become part of it, even if we are talking figuratively.

Each nation has its own culture and tradition. So Scotland could not have been an exception. Scots are some of the people whose culture and tradition are known all over the world, becoming quite famous. Who hasn't heard of the kilt - the traditional dress, the bagpipes, or just about the amazing castles, Highlanders and more? Who is not curious to know more about Scottish customs?

Secondly, I strongly believe that Scotland is a country worth visiting, a country with many captivating legends, places, festivals, and superstitions, which could become an interesting topic for a project, a country that can arouse interest, a country which can make you dream, just thinking about its beauty, its history.

We can say that Scottish tradition and culture are a way of life and can be applied to each of us. They are for everyone, regardless of their origins, living conditions, or social status.

CHAPTER I. TOURISM IN SCOTLAND

Scotland can be divided into three regions where the peculiarities of relief and human activity are distinct: Southern Uplands, Central Lowlands (densely populated, rich in ores and prosperous agriculture, the center of urban and industrial life), and the magnificent Highlands, to which are added Shetland and the Orkney Archipelago.

Southern Uplands is made up of gentle, grassy hills, with occasional rocky outcrops. The tops of the hills are generally devoid of vegetation, but the slopes are covered with grass, which favors the growth of sheep and cattle. The landscape is very similar to the English one, the plots being delimited by stone fences.

The Central Lowlands is crossed by the valleys of the Clyde, Forth, and Tay rivers. In this region, agriculture is very developed, the relief not being very high, and the plots with crops being interrupted by patches of forest. Almost three-quarters of Scotland's population is concentrated in these lands. The western and eastern extremities of the region are covered by the large urban areas of Glasgow and Edinburgh.

The Highlands, located in the northern part, a barren and rocky area, covering two-thirds of Scotland. Here rise two important mountain ranges: Northwest Highlands and the Grampian Mountains. These mountains have parallel peaks that run from northeast to southwest, being separated by a deep valley called Glen More or Great Glen. The highest peak of the British Isles, Ben Nevis - 1343 m, rises south of Glen More. Most of the Upper Lands are devoid of forests, being called moor or heath. The forests here were completely cut down in the 15th century. XVII-XVIII, to create areas necessary for shepherding, the most profitable activity for that era. The rockiest land is along the west coast. The few inhabitants of this land settled on the narrow coastal plains, the interior areas being almost uninhabited.

Scotland also includes 787 islands, most of which are grouped in the Orkney, Shetland, and Hebrides archipelagos. Of the 26 rivers, which flow directly into the sea, Clyde, Forth, and Tay are most important, which form large estuaries. The landscape is full of numerous lakes, called by the locals "Iochs" - Iakes. Much of the west coast is laced by a series of lakes that penetrate deep into the region, the largest being Loch Fyne, with a length of over 40 miles.