Women`s condition reflected in the British and Romanian literature 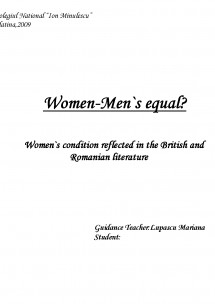 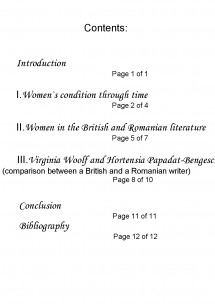 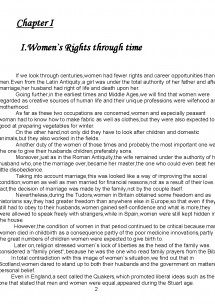 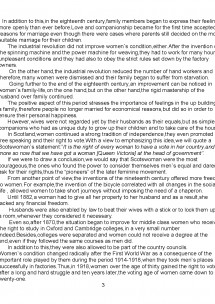 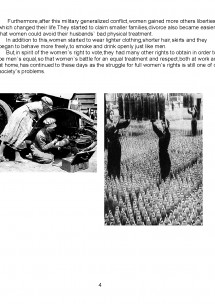 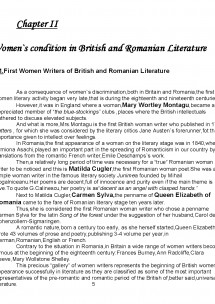 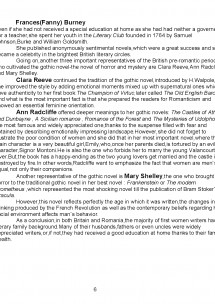 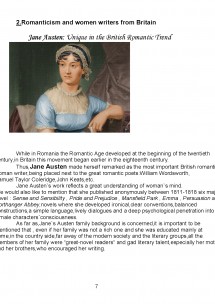 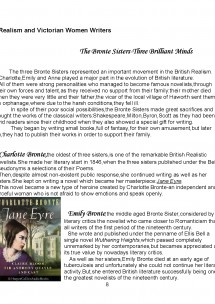 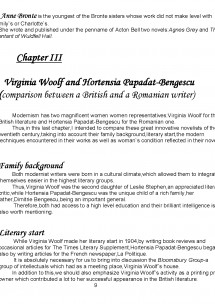 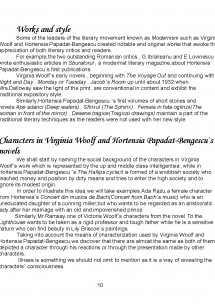 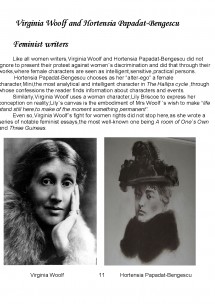 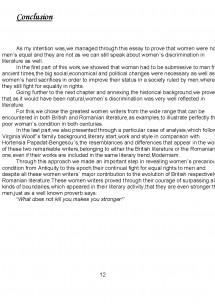 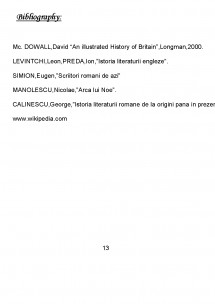 Introduction Page 1 of 1
I.Women`s condition through time Page 2 of 4
II.Women in the British and Romanian literature Page 5 of 7
III.Virginia Woolf and Hortensia Papadat-Bengescu (comparison between a British and a Romanian writer) Page 8 of 10
Conclusion Page 11 of 11
Bibliography Page 12 of 12

Since woman`s discrimination is still a disputed issue that does not seem to end up soon,I have considered that a close analysis of some women writers` activity in Britain and Romania would be absolutely necessary for a better understanding of woman`s condition through time.

Therefore,my essay`s intention is,on the one hand,to reunite for the first time the most outstanding women writers of both British and Romanian literature and on the other hand,it will establish uniquely a close relation between women`s condition-women writers` literary activity and depiction of female characters in their works.

I intend in this essay to discuss in parallel about British and Romanian women writers as well as to establish a connection between women`s status in Britain respectively Romania.Thus,I will structure the work in three main chapters which go from more general to particular.

The first chapter will be dedicated to a historical approach of woman`s condition which will be followed from ancient times to the contemporary epoch with emphasis on the big changes produced by the First World War in women`s lives.

In order to establish a relation between woman`s condition and literature,the next chapter will talk about both British and Romanian women writers` status as well as their works with a view to emphasizing on female characters` depiction.

Last but not least,the third chapter will have as main theme a comparison between two remarkable women writers who belong to the same literary trend:Modernism , but who had different country backgrounds:Virginia Woolf from the British literature and Hortensia Papadat-Bengescu from the Romanian literature.

Here we will have in view the resemblances and differences that appear between these two novelists` family backgrounds,literary starts,works and style.

If we look through centuries,women had fewer rights and career opportunities than men.Even from the Latin Antiquity,a girl was under the total authority of her father and after marriage,her husband had right of life and death upon her.

Going further,in the earliest times and Middle Ages,we will find that women were regarded as creative sources of human life and their unique professions were wifehood and motherhood.

As far as these two occupations are concerned,women and especially peasant woman had to know how to make fabric as well as clothes,but they were also expected to be good at preparing vegetables for winter.

On the other hand,not only did they have to look after children and domestic animals,but they also worked in the fields.

Another duty of the women of those times and probably the most important one was the one to give their husbands children,preferably sons.

Moreover,just as in the Roman Antiquity,the wife remained under the authority of her husband who,one the marriage over,became her master,the one who could even beat her for little disobedience.

Taking into account marriage,this was looked like a way of improving the social condition;women as well as men married for financial reasons,not as a result of their love.In fact,the decision of marriage was made by the family,not by the couple itself.

Nevertheless,during the Tudors,women in Britain obtained some freedom and as historians say,they had greater freedom than anywhere else in Europe,so that even if they still had to obey to their husbands,women gained self-confidence and what is more,they were allowed to speak freely with strangers,while in Spain,women were still kept hidden in the house.

However,the condition of women in that period continued to be critical because many women died in childbirth as a consequence partly of the poor medicine innovations,partly of the great numbers of children women were expected to give birth to.

Later on,religion stressed women`s lock of liberties as the head of the family was considered a "family priest",because he was the one who read family prayers from the Bible.

In total contradiction with this image of women`s situation,we find out that in Scotland,women dared to stand up to both their husbands and the government on matters of personal belief.

Even in England,a sect called the Quakers,which promoted liberal ideas such as the one that stated that men and women were equal,appeared during the Stuart age.

In addition to this,in the eighteenth century,family members began to express their feelings more openly than ever before.Love and companionship became for the first time accepted reasons for marriage even though there were cases where parents still decided on the most suitable marriage for their children.

Perspectives on the challenges and opportunities of the future EU enlargement
The hypothesis: for all the progress in the construction of the new identity of European Union,...

Applied comparative contrastive study of English and Romanian vowels
There are a lot of issues awaited to be studied by the research of human languages. Language is...

The Romanian economy and the standards of European Union
The idea of a united Europe was once just a dream in the minds of philosophers and visionaries....

The family of law - Romanian and Anglo - Saxon families
One of the major differences between the family laws of the two countries consists in how this...

Comparison between the System of Government in Great Britain and America
From the large variety of themes, I decided to choose this topic, mainly because I regarded the...
Sus!