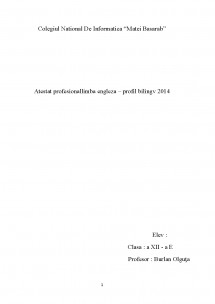 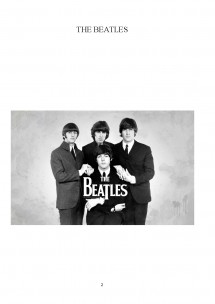 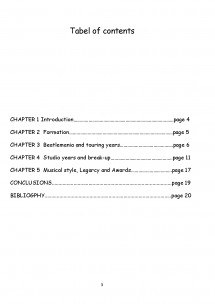 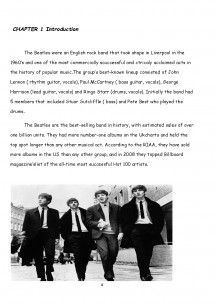 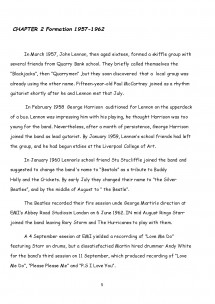 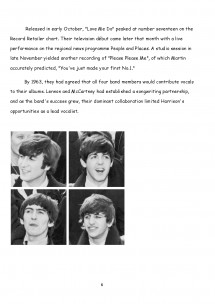 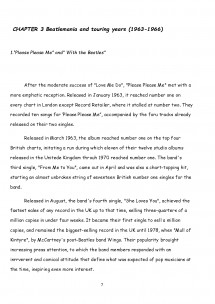 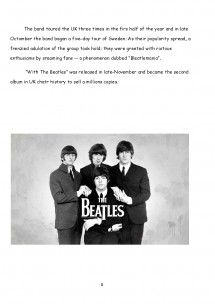 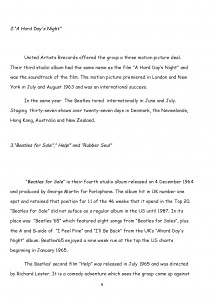 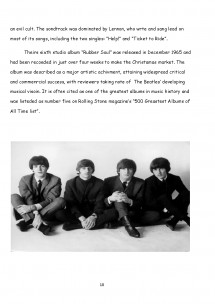 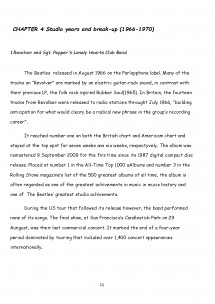 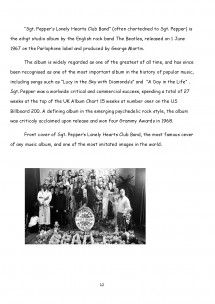 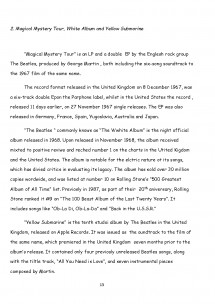 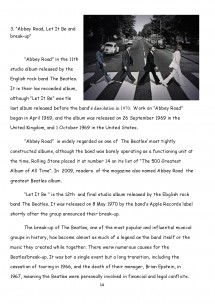 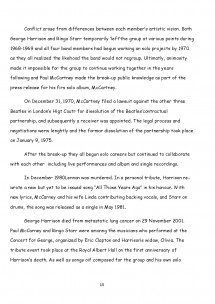 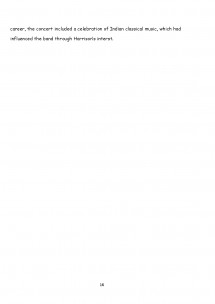 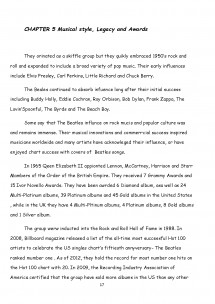 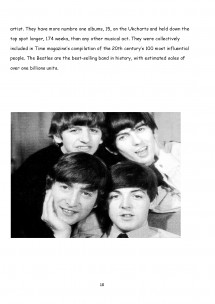 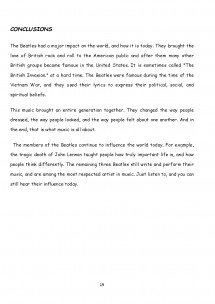 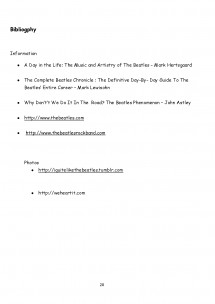 The Beatles were an English rock band that took shape in Liverpool in the 1960's and one of the most commercially scuccessful and ctricaly acclaimed acts in the history of popular music.The group's best-known lineup consisted of John Lennon ( rhythm guitar, vocals), Paul McCartney ( bass guitar, vocals), George Harrison (lead guitar, vocals) and Ringo Starr (drums, vocals). Initially the band had 5 members that included Stuar Sutcliffle ( bass) and Pete Best who played the drums.

The Beatles are the best-selling band in history, with estimated sales of over one billion units. They had more number-one albums on the Ukcharts and held the top spot longer than any other musical act. According to the RIAA, they have sold more albums in the US than any other group, and in 2008 they topped Billboard magaszine'slist of the all-time most successful Hot 100 artists.

In March 1957, John Lennon, then aged sixteen, formed a skiffle group with several friends from Quarry Bank school. They briefly called themselves the "Blackjacks", then "Quarrymen" ,but they soon discovered that a local group was already using the other name. Fifteen-year-old Paul McCartney joined as a rhythm guitarist shortly after he and Lennon met that July.

In February 1958 George Harrison auditioned for Lennon on the upperdeck of a bus. Lennon was impressing him with his playing, he thought Harrison was too young for the band. Nevertheless, after a month of persistence, George Harrison joined the band as lead gutarist. By January 1959, Lennon's school friends had left the group, and he had begun stdies at the Liverpool College of Art.

In January 1960 Lennon's school friend Stu Stucliffle joined the band and suggested to change the band's name to "Beatals" as a tribute to Buddy Holly and the Crickets. By early July they changed their name to "the Silver Beatles", and by the middle of August to " the Beatle".

The Beatles recorded their firs session unde George Martin's direction at EMI's Abbey Road Studiosin London on 6 June 1962. IN mid August Ringo Starr joined the band leaving Rory Storm and The Hurricanes to play with them.

A 4 September session at EMI yielded a recorrding of "Love Me Do" featuring Starr on drums, but a dissatisfactied Martin hired drummer Andy White for the band's third session on 11 September, which produced recording of "Love Me Do", "Please Please Me" and "P.S I Love You".

Released in early October, "Love Me Do" peaked at number seventeen on the Record Retailer chart. Their television debut came later that month with a live performance on the regional news programme People and Places. A studio session in late November yielded another recording of "Please Please Me", of which Martin accurately predicted, "You've just made your first No.1."

By 1963, they had agreed that all four band members would contribute vocals to their albums. Lennon and McCartney had established a songwriting partnership, and as the band's success grew, their dominant collaboration limited Harrison's opportunities as a lead vocalist.

- A Day in the Life: The Music and Artistry of The Beatles - Mark Hertsgaard

- Why Don't't We Do It In The Road? The Beatles Phenomenon - John Astley

The Beatles
The four Beatles were John Lennon, Paul McCartney, George Harrison and Ringo Stars. They were all...

The Beatles
The Beatles British rock music group, which revolutionized popular music around the world in the...

The Beattles
Beatlemania The Beatles on The Ed Sullivan Show In November 1963, The Beatles appeared on the...

The Revolutionary 1960s - Back in the Light
1. Introduction The 1960s was a decade of sweeping change throughout the fashion world...
Sus!