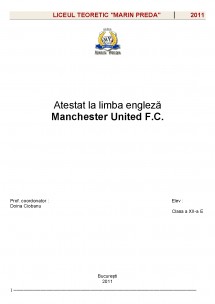 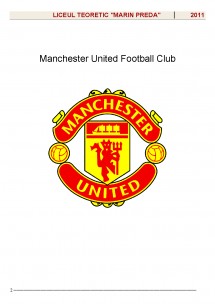 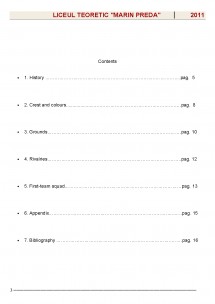 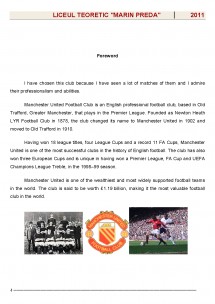 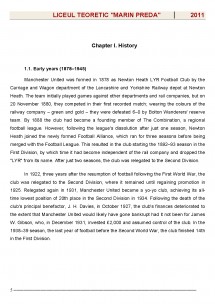 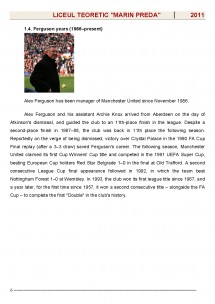 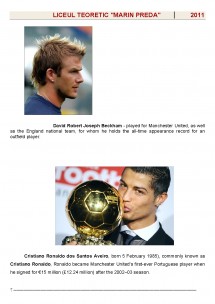 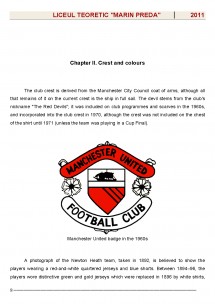 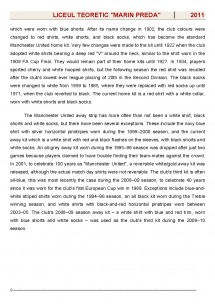 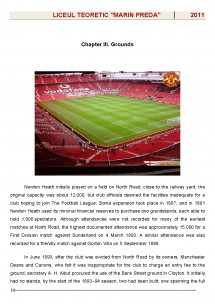 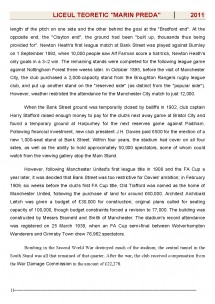 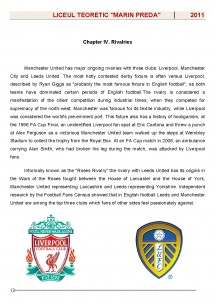 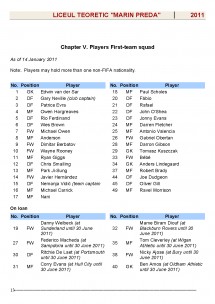 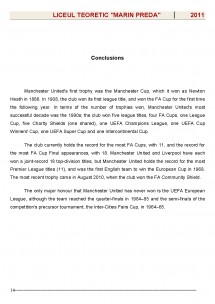 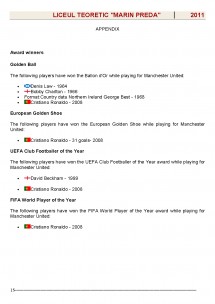 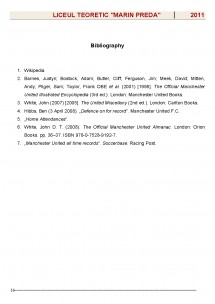 I have chosen this club because I have seen a lot of matches of them and I admire their professionalism and abilities.

Having won 18 league titles, four League Cups and a record 11 FA Cups, Manchester United is one of the most successful clubs in the history of English football. The club has also won three European Cups and is unique in having won a Premier League, FA Cup and UEFA Champions League Treble, in the 1998-99 season.

Manchester United is one of the wealthiest and most widely supported football teams in the world. The club is said to be worth GBP1.19 billion, making it the most valuable football club in the world.

Manchester United was formed in 1878 as Newton Heath LYR Football Club by the Carriage and Wagon department of the Lancashire and Yorkshire Railway depot at Newton Heath. The team initially played games against other departments and rail companies, but on 20 November 1880, they competed in their first recorded match; wearing the colours of the railway company - green and gold - they were defeated 6-0 by Bolton Wanderers' reserve team. By 1888 the club had become a founding member of The Combination, a regional football league. However, following the league's dissolution after just one season, Newton Heath joined the newly formed Football Alliance, which ran for three seasons before being merged with the Football League. This resulted in the club starting the 1892-93 season in the First Division, by which time it had become independent of the rail company and dropped the "LYR" from its name. After just two seasons, the club was relegated to the Second Division.

In 1922, three years after the resumption of football following the First World War, the club was relegated to the Second Division, where it remained until regaining promotion in 1925. Relegated again in 1931, Manchester United became a yo-yo club, achieving its all-time lowest position of 20th place in the Second Division in 1934. Following the death of the club's principal benefactor, J. H. Davies, in October 1927, the club's finances deteriorated to the extent that Manchester United would likely have gone bankrupt had it not been for James W. Gibson, who, in December 1931, invested GBP2,000 and assumed control of the club. In the 1938-39 season, the last year of football before the Second World War, the club finished 14th in the First Division.

Alex Ferguson has been manager of Manchester United since November 1986.

Alex Ferguson and his assistant Archie Knox arrived from Aberdeen on the day of Atkinson's dismissal, and guided the club to an 11th-place finish in the league. Despite a second-place finish in 1987-88, the club was back in 11th place the following season. Reportedly on the verge of being dismissed, victory over Crystal Palace in the 1990 FA Cup Final replay (after a 3-3 draw) saved Ferguson's career. The following season, Manchester United claimed its first Cup Winners' Cup title and competed in the 1991 UEFA Super Cup, beating European Cup holders Red Star Belgrade 1-0 in the final at Old Trafford. A second consecutive League Cup final appearance followed in 1992, in which the team beat Nottingham Forest 1-0 at Wembley. In 1993, the club won its first league title since 1967, and a year later, for the first time since 1957, it won a second consecutive title - alongside the FA Cup - to complete the first "Double" in the club's history.

United Kingdom
The United Kingdom of Great Britain and Northern Ireland is the political union of England,...

Comparison between the System of Government in Great Britain and America
From the large variety of themes, I decided to choose this topic, mainly because I regarded the...

Culture
Britain is composed of Great Britain (England, Wales, and Scotland) and Northern Ireland. Its...
Sus!