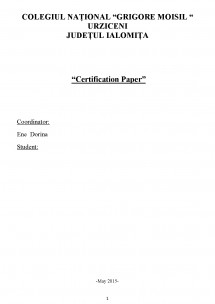 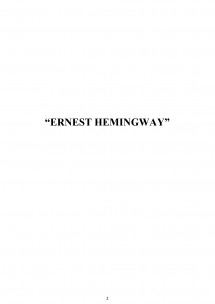 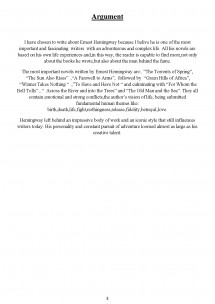 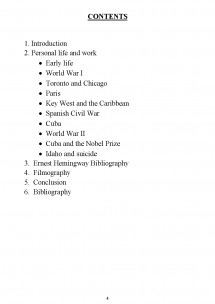 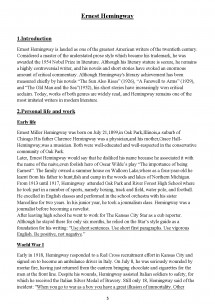 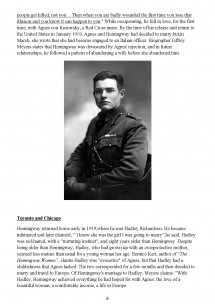 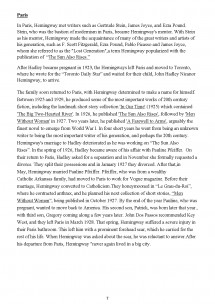 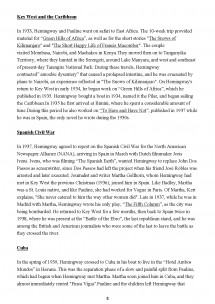 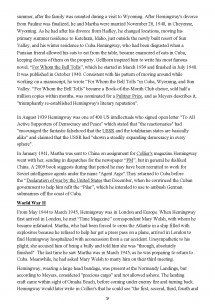 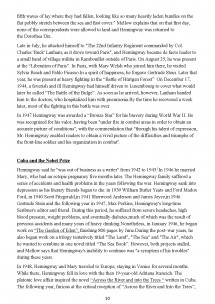 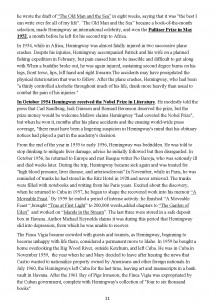 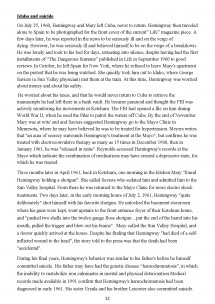 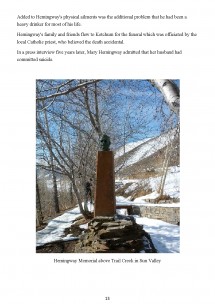 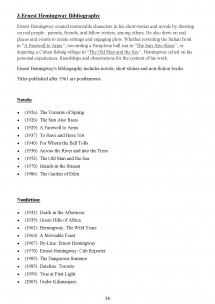 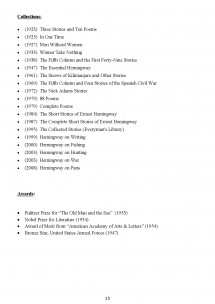 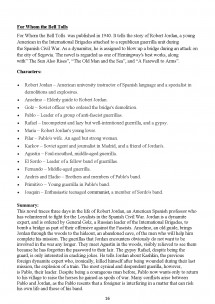 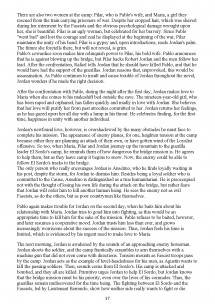 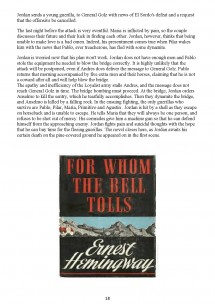 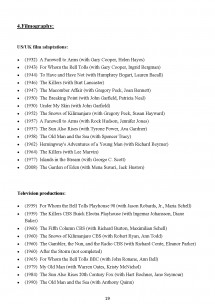 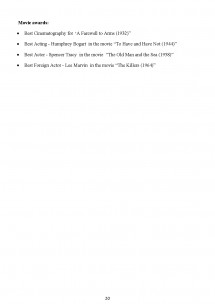 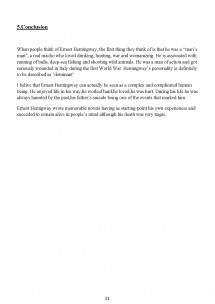 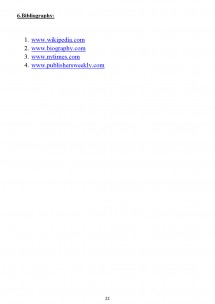 I have chosen to write about Ernest Hemingway because I belive he is one of the most important and fascinating writers with an adventurous and complex life. All his novels are based on his own life experiences and,in this way, the reader is capable to find more,not only about the books he wrote,but also about the man behind the fame.

The most important novels written by Ernest Hemingway are:. "The Torrents of Spring", "The Sun Also Rises" ,"A Farewell to Arms", followed by "Green Hills of Africa", "Winner Takes Nothing " ,"To Have and Have Not " and culminating with "For Whom the Bell Tolls" , " Across the River and into the Trees" and "The Old Man and the Sea". They all contain emotional and strong conflicts,the author's vision of life, being submitted fundamental human themes like: birth,death,life,fight,nothingness,release,fidelity,betrayal,love.

Hemingway left behind an impressive body of work and an iconic style that still influences writers today. His personality and constant pursuit of adventure loomed almost as large as his creative talent.

Ernest Hemingway is lauded as one of the greatest American writers of the twentieth century. Considered a master of the understated prose style which became his trademark, he was awarded the 1954 Nobel Prize in literature. Although his literary stature is secure, he remains a highly controversial writer, and his novels and short stories have evoked an enormous amount of critical commentary. Although Hemingway's literary achievement has been measured chiefly by his novels "The Sun Also Rises" (1926), "A Farewell to Arms" (1929), and "The Old Man and the Sea"(1952), his short stories have increasingly won critical acclaim. Today, works of both genres are widely read, and Hemingway remains one of the most imitated writers in modern literature.

Ernest Miller Hemingway was born on July 21,1899,in Oak Park,Illinois,a suburb of Chicago.His father Clarence Hemingway was a physician,and his mother,Grace Hall-Hemingway,was a musician. Both were well-educated and well-respected in the conservative community of Oak Park. Later, Ernest Hemingway would say that he disliked his name because he associated it with the name of the naive,even foolish hero of Oscar Wilde's play "The importance of being Earnest". The family owned a summer house on Walloon Lake,where as a four-year-old he learnt from his father to hunt,fish and camp in the woods and lakes of Northern Michigan. From 1913 until 1917, Hemingway attended Oak Park and River Forest High School where he took part in a number of sports, namely boxing, track and field, water polo, and football. He excelled in English classes and performed in the school orchestra with his sister Marcelline for two years. In his junior year, he took a journalism class. Hemingway was a journalist before becoming a novelist. After leaving high school he went to work for The Kansas City Star as a cub reporter. Although he stayed there for only six months, he relied on the Star's style guide as a foundation for his writing: "Use short sentences. Use short first paragraphs. Use vigorous English. Be positive, not negative."

Early in 1918, Hemingway responded to a Red Cross recruitment effort in Kansas City and signed on to become an ambulance driver in Italy. On July 8, he was seriously wounded by mortar fire, having just returned from the canteen bringing chocolate and cigarettes for the men at the front line. Despite his wounds, Hemingway assisted Italian soldiers to safety, for which he received the Italian Silver Medal of Bravery. Still only 18, Hemingway said of the incident: "When you go to war as a boy you have a great illusion of immortality. Other people get killed, not you ... Then when you are badly wounded the first time you lose that illusion and you know it can happen to you." While recuperating, he fell in love, for the first time, with Agnes von Kurowsky, a Red Cross nurse. By the time of his release and return to the United States in January 1919, Agnes and Hemingway had decided to marry,but,in March, she wrote that she had become engaged to an Italian officer. Biographer Jeffrey Meyers states that Hemingway was devastated by Agnes' rejection, and in future relationships, he followed a pattern of abandoning a wife before she abandoned him.

Ernest Hemingway
Like Joyce and Proust, Hemingway is a writer who uses the material of his own life to construct...