Buckingham Palace - The heart of London 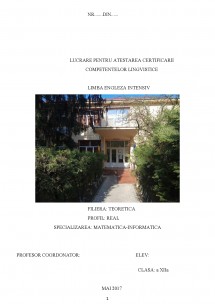 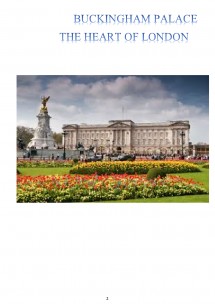 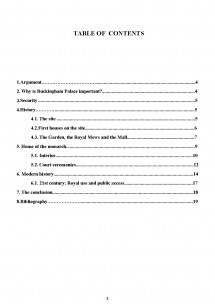 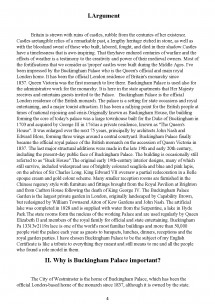 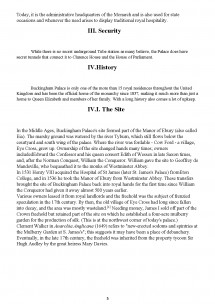 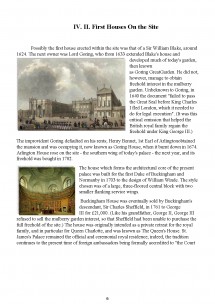 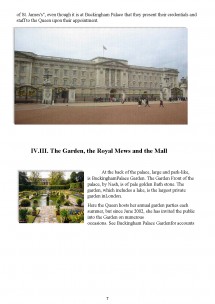 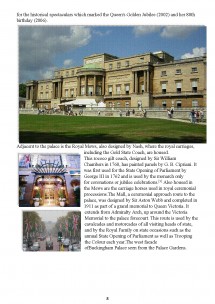 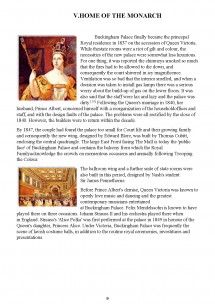 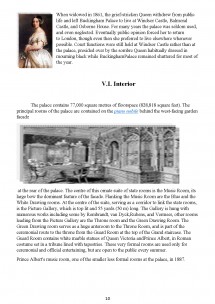 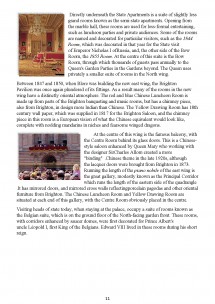 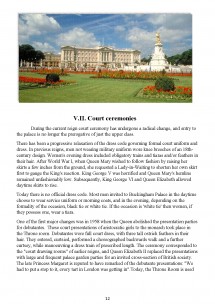 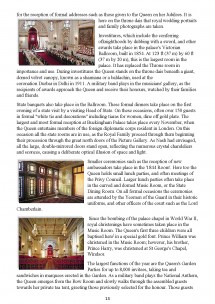 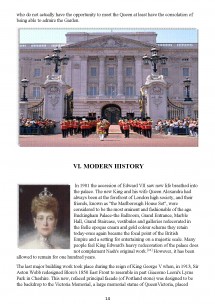 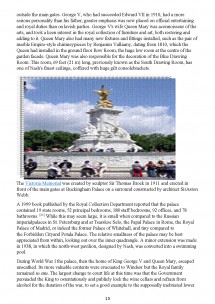 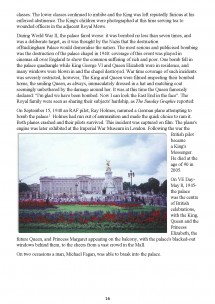 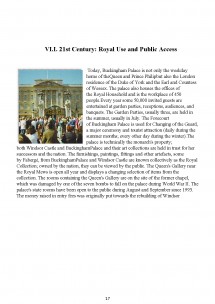 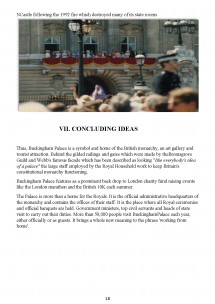 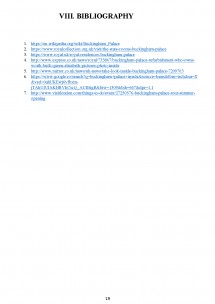 Britain is strewn with ruins of castles, rubble from the centuries of her existence. Castles aretangible relics of a remarkable past, a lengthy heritage etched in stone, as well as with the bloodand sweat of those who built, labored, fought, and died in their shadow.Castles have a timelessness that is awe-inspiring. That theyhave endured centuries of warfare and the effects of weather is a testimony to the creativity and power of their medieval owners. Most of the fortifications that we consider as 'proper' castles were built during the Middle Ages. I've been impressed by the Buckimgham Palace who is the Queen's official and main royal London home. It has been the official London residence of Britain's monarchy since 1837. Queen Victoria was the first monarch to live there. Buckingham Palace is used also for the administrative work for the monarchy. It is here in the state apartments that Her Majesty receives and entertains guests invited to the Palace. Buckingham Palace is the official London residence of the British monarch. The palace is a setting for state occasions and royal entertaining, and a major tourist attraction. It has been a rallying point for the British people at times of national rejoicing and crisis.Originally known as Buckingham House, the building forming the core of today's palace was a large townhouse built for the Duke of Buckingham in 1703 and acquired by George III in 1761as a private residence, known as "The Queen's House". It was enlarged over the next 75 years, principally by architects John Nash and Edward Blore, forming three wings around a central courtyard. Buckingham Palace finally became the official royal palace of the British monarch on the accession of Queen Victoria in 1837. The last major structural additions were made in the late 19th and early 20th century, including the present-day public face of Buckingham Palace. The building is occasionally still referred to as "Buck House".The original early 19th-century interior designs, many of which still survive, included widespread use of brightly coloured scagliola and blue and pink lapis, on the advice of Sir Charles Long. King Edward VII oversaw a partial redecoration in a Belle epoque cream and gold colour scheme. Many smaller reception rooms are furnished in the Chinese regency style with furniture and fittings brought from the Royal Pavilion at Brighton and from Carlton House following the death of King George IV. The Buckingham Palace Garden is the largest private garden in London, originally landscaped by Capability Brown, but redesigned by William Townsend Aiton of Kew Gardens and John Nash. The artificial lake was completed in 1828 and is supplied with water from the Serpentine, a lake in Hyde Park.The state rooms form the nucleus of the working Palace and are used regularly by Queen Elizabeth II and members of the royal family for official and state entertaining. Buckingham Pa 13313v2119n lace is one of the world's most familiar buildings and more than 50,000 people visit the palace each year as guests to banquets, lunches, dinners, receptions and the royal garden parties. I have chosen Buckingham Palace to be the subject of my English Certificate is like a tribute to everything they meant and still means to me and all the people who found a role model in them.

II. Why is Buckingham Palace important?

The City of Westminster is the home of Buckingham Palace, which has been the official London-based home of the monarch since 1837, although it is owned by the state. Today, it is the administrative headquarters of the Monarch and is also used for state occasions and whenever the need arises to display traditional royal hospitality.

While there is no secret underground Tube station as many believe, the Palace does have secret tunnels that connect it to Clarence House and the House of Parliament.

Buckingham Palace is only one of the more than 15 royal residences throughout the United Kingdom and has been the official home of the monarchy since 1837, making it much more than just a home to Queen Elizabeth and members of her family. With a long history also comes a lot of upkeep.

In the Middle Ages, Buckingham Palace's site formed part of the Manor of Ebury (also called Eia). The marshy ground was watered by the river Tyburn, which still flows below the courtyard and south wing of the palace. Where the river was fordable - Cow Ford - a village, Eye Cross, grew up. Ownership of the site changed hands many times; owners includedEdward the Confessor and his queen consort Edith of Wessex in late Saxon times, and, after the Norman Conquest, William the Conqueror. William gave the site to Geoffrey de Mandeville, who bequeathed it to the monks of Westminster Abbey. In 1531 Henry VIII acquired the Hospital of St James (later St. James's Palace) fromEton College, and in 1536 he took the Manor of Ebury from Westminster Abbey. These transfers brought the site of Buckingham Palace back into royal hands for the first time since William the Conqueror had given it away almost 500 years earlier. Various owners leased it from royal landlords and the freehold was the subject of frenzied speculation in the 17th century. By then, the old village of Eye Cross had long since fallen into decay, and the area was mostly wasteland.[4] Needing money, James I sold off part of the Crown freehold but retained part of the site on which he established a four-acre mulberry garden for the production of silk. (This is at the northwest corner of today's palace.) Clement Walker in Anarchia Anglicana (1649) refers to "new-erected sodoms and spintries at the Mulberry Garden at S. James's"; this suggests it may have been a place of debauchery. Eventually, in the late 17th century, the freehold was inherited from the property tycoon Sir Hugh Audley by the great heiress Mary Davies.

Possibly the first house erected within the site was that of a Sir William Blake, around 1624. The next owner was Lord Goring, who from 1633 extended Blake's house and developed much of today's garden, then known

The history of London
Roman London Though there were prehistoric settlements throughout the vast area that we now call...

London Sights
It lies astride the River Thames 50 miles(about 80 km)upstream from its estuary on the North...

The Royal British Family
The Britsh Empire was the largest empire in history and, for over a century, was the foremost...

London
London is the capital of the United Kingdom. It is situated in the southeaster England at the...

London
With a population of just under eight million, and stretching more than thirty miles at its...
Sus!