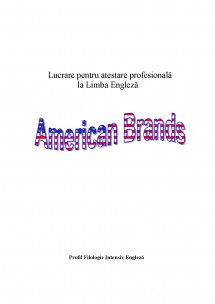 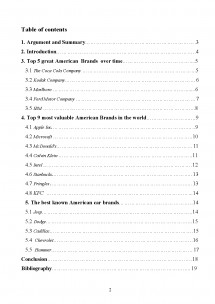 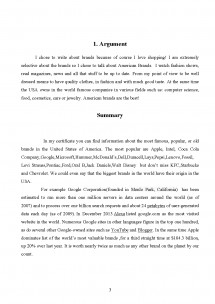 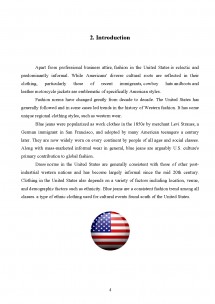 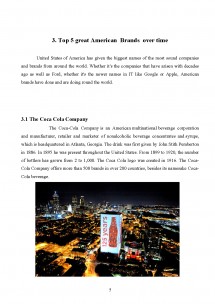 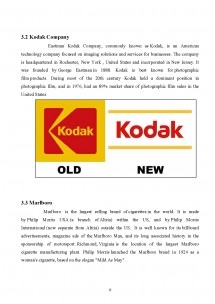 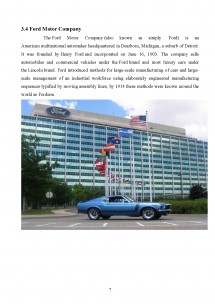 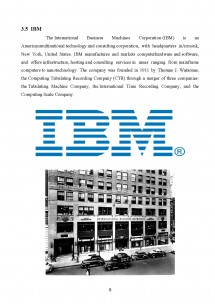 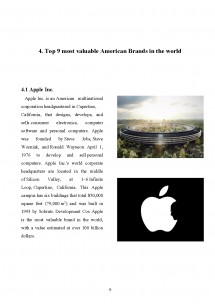 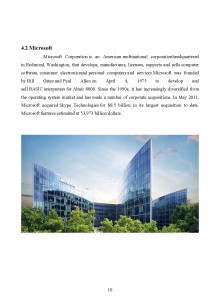 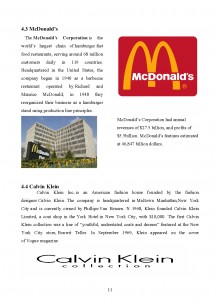 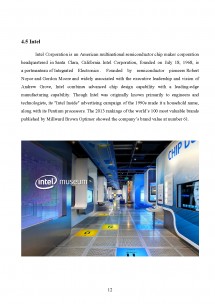 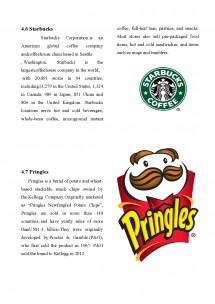 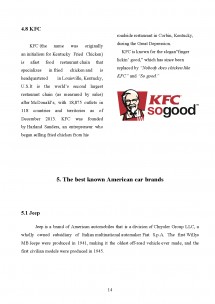 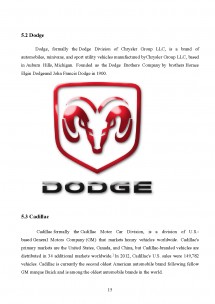 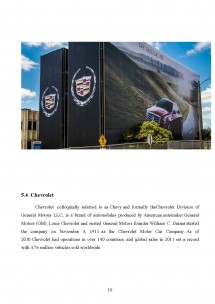 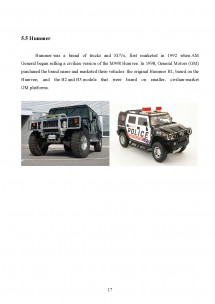 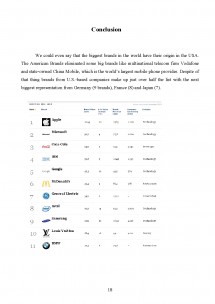 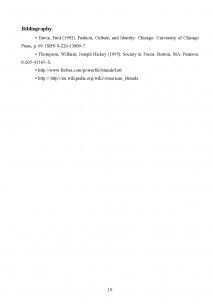 I chose to write about brands because of course I love shopping! I am extremely selective about the brands so I chose to talk about American Brands. I watch fashion shows, read magazines, news and all that stuff to be up to date. From my point of view to be well dressed means to have quality clothes, in fashion and with much good taste. At the same time the USA owns in the world famous companies in various fields such as: computer science, food, cosmetics, cars or jewelry. American brands are the best!

In my certificate you can find information about the most famous, popular, or old brands in the United States of America. The most popular are Apple, Intel, Coca Cola Company,Google,Microsoft,Hummer,McDonald's,Dell,Duracell,Lays,Pepsi,Lenovo,Fossil,

Levi Strauss,Pontiac,Ford,Oral B,Jack Daniels,Walt Disney but don't miss KFC,Starbucks and Chevrolet. We could even say that the biggest brands in the world have their origin in the USA.

For example Google Corporation(founded in Menlo Park, California) has been estimated to run more than one million servers in data centers around the world (as of 2007) and to process over one billion search requests and about 24 petabytes of user-generated data each day (as of 2009). In December 2013 Alexa listed google.com as the most visited website in the world. Numerous Google sites in other languages figure in the top one hundred, as do several other Google-owned sites such as YouTube and Blogger. In the same time Apple dominates list of the world's most valuable brands ,for a third straight time at $104.3 billion, up 20% over last year. It is worth nearly twice as much as any other brand on the planet by our count.

Apart from professional business attire, fashion in the United States is eclectic and predominantly informal. While Americans' diverse cultural roots are reflected in their clothing, particularly those of recent immigrants, cowboy hats andboots and leather motorcycle jackets are emblematic of specifically American styles.

Fashion norms have changed greatly from decade to decade. The United States has generally followed and in some cases led trends in the history of Western fashion. It has some unique regional clothing styles, such as western wear.

Blue jeans were popularized as work clothes in the 1850s by merchant Levi Strauss, a German immigrant in San Francisco, and adopted by many American teenagers a century later. They are now widely worn on every continent by people of all ages and social classes. Along with mass-marketed informal wear in general, blue jeans are arguably U.S. culture's primary contribution to global fashion.

Dress norms in the United States are generally consistent with those of other post-industrial western nations and has become largely informal since the mid 20th century. Clothing in the United States also depends on a variety of factors including location, venue, and demographic factors such as ethnicity. Blue jeans are a consistent fashion trend among all classes. a type of ethnic clothing used for cultural events found south of the United States.

The Coca-Cola Company is an American multinational beverage corporation and manufacturer, retailer and marketer of nonalcoholic beverage concentrates and syrups, which is headquartered in Atlanta, Georgia. The drink was first given by John Stith Pemberton in 1886. In 1895 he was present throughout the United States. From 1899 to 1920, the number of bottlers has grown from 2 to 1,000. The Coca Cola logo was created in 1916. The Coca-Cola Company offers more than 500 brands in over 200 countries, besides its namesake Coca-Cola beverage.

Brands and Objectification - The Axe Campaign
Axe, known also as Lynx in the United Kingdom and Ireland due to trademark problems that the...

The international marketing end the ideea of branding
In the era of globalization the world people live in becomes more and more complex, so that the...